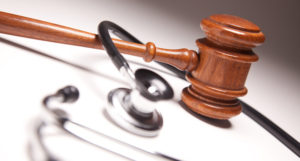 Tamborelli Law Group represents many clients concerning claims against prior fiduciaries for improper billing practices and failures to perform or provide adequate professional advice and services resulting in overpayment and/or damages.  Many times through negotiations, we have been successful in reaching favorable resolution of the claims without resorting to litigation.  Other times when litigation has been required, we have been able to achieve a favorable result in a cost effective manner.

Tamborelli Law Group frequently handles matters (both for the Plaintiff and Defense) relating to Brokers and Agents, Accountants and Business Managers, Directors and Officers, Trustees and Fiduciaries and Attorneys.

Tamborelli Law Group will look through your matter’s history and determine if it is more likely than not that it will be able to be shown that “But For” the fiduciaries act(s) below the standard of care, the results or outcome would have been different.  This is known as proving “the case within the case.”  This is the legal standard. It is important to evaluate the potential claim upfront as the burden of proof is relatively high and most often will be vigorously challenged.

Represented California based Construction Company that hired counsel in Hawaii to set up its business and obtain licenses to perform construction work with many insurance carriers after hurricane Inikki.  During the course of a multimillion dollar construction contract, the condominium association filed suit concerning the works of improvements and payments.  The client hired the same law firm (oldest and largest in state) to represent it in the litigation.  The court ruled that based on the proper licensing the client would not be entitled to recover any proceeds and was ordered to pay back prior payments based on the improper licensing. Commenced an action in the state of Hawaii against the firm and certain of its partners.  After quite contentious pleading practice, was able to direct the matter to a federal magistrate and conducting multiple mediation sessions resulting in a favorable settlement for the client making it whole.

Represented a law firm and two of its partners for claimed errors and omissions in a prior bankruptcy proceeding.  Through specific discovery and admissions, was able to file separate motions for summary judgment and adjudication on the fraud and negligence claims based on the statue of limitations defense.  The trial court granted the first fraud motion which was followed by a grant on the negligence motion.  Plaintiffs appealed. The appellate court upheld the trial courts rulings.

Handled approximately 30 defense matters over time that included underlying domestic relations, wills and trusts, personal injury defense, bankruptcy, trademark infringement, insurance coverage and construction related matters. One matter was successfully tried to jury verdict. Of the remaining matters approximately  half were able to be resolved through the use of dispositive motions. The remaining matters were resolved through the settlement process.

Represented the interests of individuals who were ordered by the court to show cause why they should not be ordered to pay attorneys’ fees and costs for allegedly interfering with the appearance of a witness in a proceeding.  Prepared pleadings and declarations and argued that the individuals were not aware of a court order, were not available to render compliance with a court order, and any disobedience of an order was not willful.  Also challenged the validity and veracity of opposing counsel’s declaration to support the order to show cause by providing alternative evidence that the facts as presented to the court were inaccurate and unreliable.  After a court hearing on the matter, the court agreed and decided that the order to show cause would not go forward.

Represented many clients concerning claims against prior counsel for improper billing practices and failures to perform or provide inadequate legal advice resulting in overpayment and damages.  Through negotiations with counsel, have been successful in reaching favorable resolution of the claims for legal advice and billings below the standard of care without resorting to litigation.