Cost Effective Techniques for Partnering with Outside Counsel

Generally speaking, the biggest risk factors associated with most construction projects are: the drawings; unforeseen conditions; and change orders.  These areas of risk have the greatest potential to increase the time and cost of construction projects, which in turn may result in a dispute between the owner and the contractor and ultimately the project not being built.  Or even worse a lawsuit.

The construction delivery method most commonly used is Design – Bid – Build.  Under this method, the owner hires an Architect who then designs the project to fit within the owner’s budget.  The Architect in turn hires other design consultants such as civil, structural, and electrical engineers, etc. who compile conceptual design documents, schematic design documents, and finally construction documents.  These are commonly referred to as the drawings or plans.

When the drawings or plans and other contract documents such as specifications are done, the Design phase is complete.  The owner now takes the designed project and receives bids from general contractors.  The owner then enters into a contract usually for a fixed sum with the successful general contractor and the Building phase begins.  The project ends with the physical completion and acceptance of the project by the owner.  Under this process the owner bears the risk of loss associated with any error or omission in the drawings because the owner hired the architect.  Liability for Unforeseen Conditions will be open for debate.  And the owner bears all risk for its requested changes.

An alternative is known as the Design – Build method.  In this process, the owner hires a developer to design and build a project that the owner wants.  The process generally begins with the owner identifying the type of project it wants built.  Usually some sketches/conceptual drawings are also provided.  The owner identifies the amount it is willing to pay to build the project.  The owner then entertains proposals from one or more developers, selects one and enters into a contract to build the project for a fixed sum and for a fixed period of time..  The developer then hires an architect who designs the project, gets owner approval of design, and the construction process begins. Unlike in the Design – Bid – Build method, the owner has shifted the risk of loss associated with errors and omissions in the drawings to the developer.  In an effort to shift the risk of loss of unforeseen conditions to the developer, owners will  require the developer to conduct due diligence and may require the developer to “sign off” on the site conditions accepting the risk of unforeseen conditions.   Finally, the owner may promise not to issue any owner directed changes after the construction starts.

The Design – Build delivery method would therefore appear to shift more of the risk of loss to the developer and away from the owner.  Normally this should increase the chance that the project will be built on time,  within the owner’s budget and for the agreed contract price.

However, because  the developer gets to make the decisions, a different risk exists as the developer’s interests are not necessarily aligned with those of the owner’s.  As such, if  the owner does not recognize the potential for competing interests, the owner has not really decreased its risk factors.   For example, when issues arise during the course of construction, the developer may make on site decisions consist with its own interests: expediency, least cost, and least time. It is therefore imperative that in a Design – Build contract, day to day control remains in the hands of the developer, while giving the owner the right to “approve” solutions proposed by the developer.

Consequently a successful use of the Design – Build approach involves drafting contract documents that: place the risk of loss for design errors and omissions on the developer; requires the developer to perform extensive due diligence accepting the risk of unforeseen conditions at the site; one which limits the owner’s ability to make owner directed changes during construction and the Owner’s right to approve an solutions proposed by the developer. 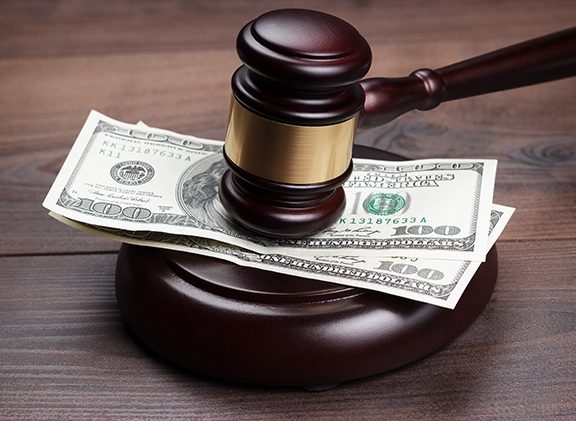 Cost Effective Techniques for Partnering with Outside Counsel