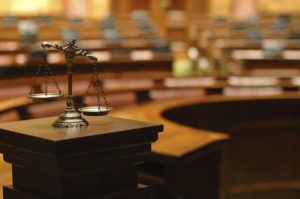 Breach of contract, fraud, interference with contract – represented the plaintiff in an action against a supplier of various chemical products to eliminate mold who had obtained the customer list and tried to sell directly to the end users.  After a summary adjudication finding of the clients exclusive worldwide contract rights, obtained mid six figure jury verdict in favor of client and finding of punitive damages.

Breach of Bailment et al – represented the operator of a parking company located at an upscale Beverly Hills retail establishment for claim that a quite expensive and unique automobile was stolen from the lot.  Learned that the vehicle had a gray title and stolen parts and equipment.  Worked with the local police officials, DMV and NTSB.  However during trial court disallowed this evidence and jury awarded a minimal sum to plaintiff as compared to what was claimed the value of the vehicle.  Trial error was not appealed based on limited amount of exposure.

Attorneys Errors and Omissions – Represented a bankruptcy trustee and his partner in an action for fraud and negligence by claiming that the lawyers were disqualified from prior representation and required to disgorge all payments based on a failure to disclose a conflict of interest.  During the trial was able to convince the judge that alleged high six figure damages were not proven related to any claims of the attorney’s failures.  As such the court limited closing argument damages to 35,000.  Jury found no fraud or individual liability and awarded the plaintiff 11,000 dollars.

Insurance Coverage/Earthquake Damage/ Repairs – after six years of extensive litigation tried for 8 months an action for recovery of repair costs to government buildings under current code and for bad faith denial of policy benefits.  Defeated a cross action by insurers for fraud.  On directed verdict eliminated the fraud claim.  Jury did not find bad faith against the two remaining primary carriers but did return a verdict for approximately 11 million dollars.

Public Construction Contract Breach – tried to jury verdict a claim by a contractor for improper termination from a public works project.  Prosecuted a cross action for breach of contract and false claim violations.  Defeated contractor’s claim for breach of the implied warranty of correctness of plans and specification.  Jury found each side breached the contract and did not find any false claims.  Matter was appealed, argued and partially published. Petition to Supreme Court granted and opinion de-published as contrary to existing law concerning loss of bonding capacity claims in public works.

Police Liability – tried to jury verdict as Plaintiff counsel auto accident claim against the City of Los Angles and the Los Angeles Police Department.  Collision resulted in brain injury and resulting craniotomy.  Based on conflicting police officer deposition testimony, City stipulated to liability prior to trial and medical specials. Matter proceeded on issues of causation and damages.  Verdict in favor of Plaintiff on causation and damages.  Matter currently on appeal for past and future pain and suffering damages.